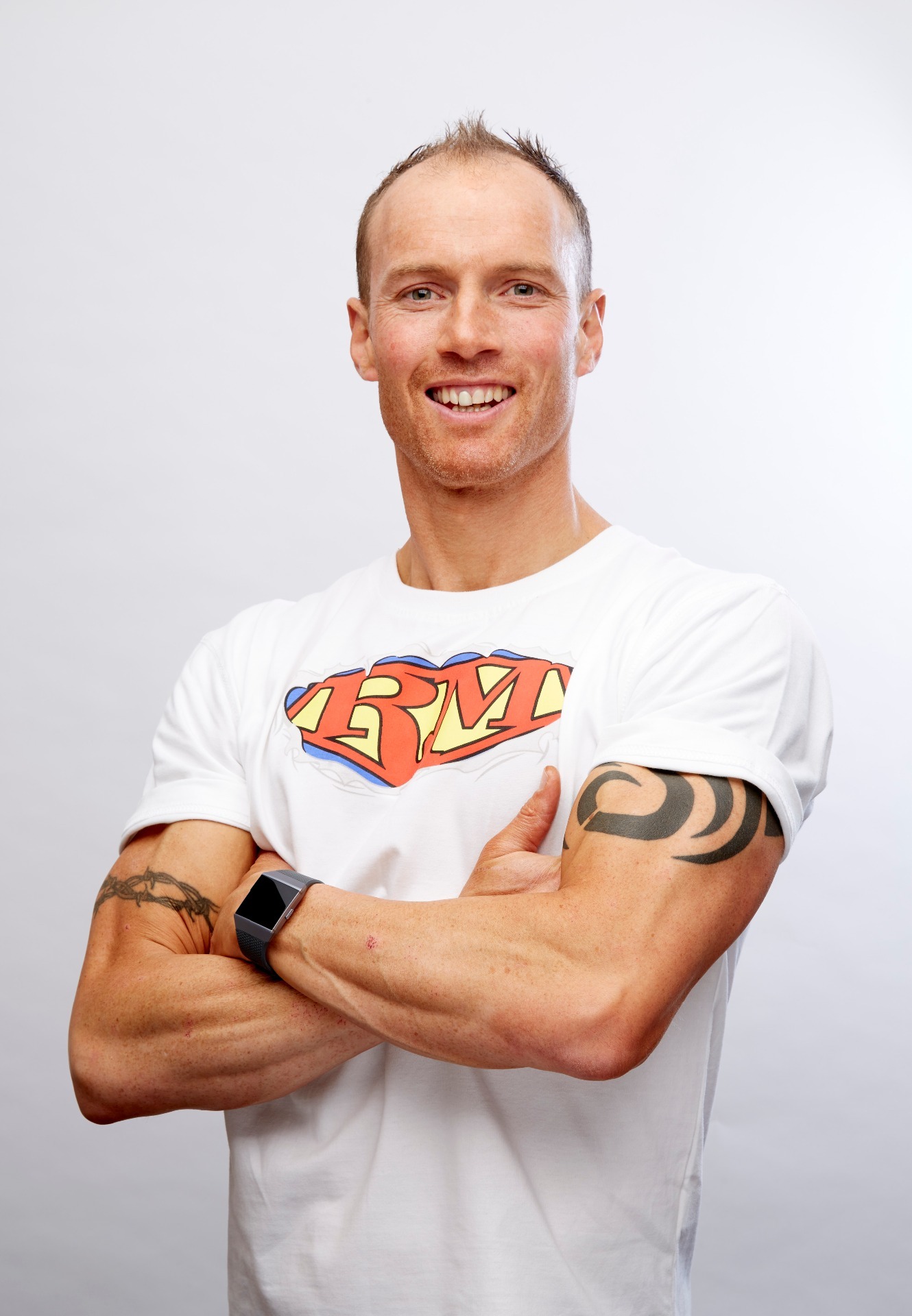 Posted on 9th February 2020 at 20:47
This war shall not stop at this article, it has dragged on for years before and It’ll continue to drag on for many eons after.
For so long has there been ongoing back and forth intense debates around low carb diets, In this article I hope to state my position clearly based on evidence to back up my present conclusions, however I am just a small voice on this stage with only a few readers, on the opposing side are those of seemingly strong opposition and of considerable influence.
One such person is the famous South African Professor Tim Noakes (famous in Sports science circles). Prior to his strong voiced opinions on low carb diets he was a lead researcher on exercise induced hypernatremia (dilution of sodium during prolonged endurance exercise) and had come up with the central governor theory which I have found super helpful in helping clients adapt to exercise programs, progress with exercise and learn to manage pain. 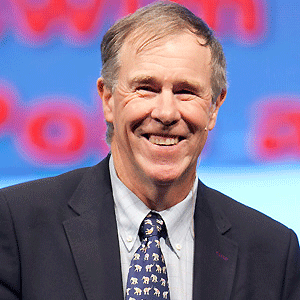 “If we understand that too much sugar in the blood is toxic, why can’t we understand that too much sugar in the body is also toxic?”
-Tim Noakes (I’ll be explaining why this quote is wrong at a later point)
It’s unfortunate then that he should go onto become a low carb advocate to the extent that he was held to account after a dietician complained about him tweeting advice to a Mother that she should wean her baby onto a low carbohydrate, high fat foods. Even sadder than this, he also once re-tweeted to his 40,000 followers the anti- vaccine nonsense which has become so pervasive in today’s public forum.
Then we have the “science” journalist Gary Taubes, author of Good calories, bad calories and the case against sugar. He has 80,000 followers on twitter and his books have been sold in the millions. His opinion is that calories are irrelevant and that carbohydrates are the cause of obesity.

In the UK we have doctor David Unwin, number 9 on the power fifty list of by non-other than GP magazine plus. Dr. Unwin has been awarded a prize by diabetes UK for his work in helping diabetics manage their condition through a low carb lifestyle. He uses info graphs such as the one below to highlight the sugar content of certain foods. 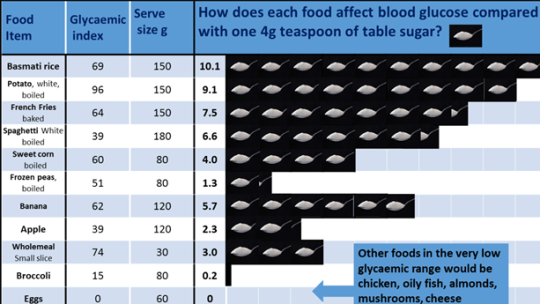 So in this example, a 150g serving of basmati rice contains the eqivelant of 10 teaspoons of sugar.
I’ll be delving into why this kind of stuff is an issue during this article but let me just state right now that 150g of basmati rice and 10 teaspoons of sugar are two very completely different entities, and that not only can people with diabetes enjoy foods like basmati rice, peas, bananas and (gasp) bread, these can even be helpful for management of their diabetes so long as they are part of a calorie controlled plan.
A 1975 weight loss study with 106 participants where put on a high carb low calorie diet, they ate mostly rice, fruit juice and sugar and yet still managed to lose considerable weight (average 63.9kg) and improve their blood sugar making it an effective treatment for diabetes. 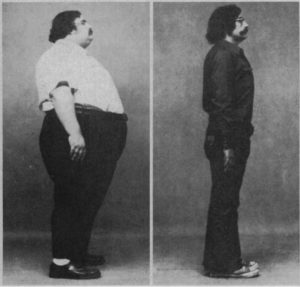 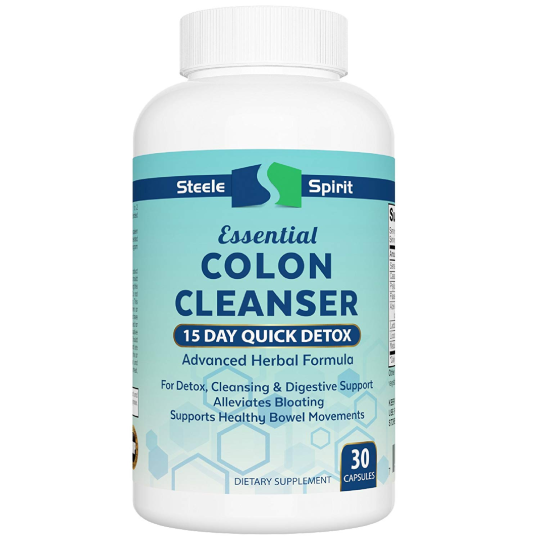 High fibre foods such as veggies, fruits, beans, potatoes and pasta and bread are a super important part of a healthy diet, fibre lowers cholesterol, reduces the risk of some cancers and creates intestinal bacteria to aid digestion.
Vit’s, minerals and antioxidants.
I don’t want to scaremonger here, you can get these things from meat, fish and other low carb options, you just can’t get them in as much abundance or with as much ease. Micronutrients are the things which help your body thrive, vitamin C doesn’t just stop scurvy or boost the immune system, it’s involved in every day function of your heart, muscles and about a million other things.
You can get these from oranges or peppers but you won’t get so much vitamin A which is abundant in carrots, but these don’t have much vitamin B1 which you can get from corn.
The point is that a diet with an abundance of fruits and veggies provides all the nutrients needed for optimum function.
Satisfaction
I’m probably stretching the issue a bit with this one, however one thing I’ve felt with low carb diets is that my mood dips, I feel low on energy and have strong cravings for sweet stuff. Now this does pass, and after a few days you no longer miss these things so much, but the reason many people struggle to stick with low carb diets is that sooner or later carb cravings come back strong, it’s just hard to get by these days on a permanent low carb diet, it entails not having cake at parties, or an indulgence at the cinema or with friends. This might be healthy in some regards, but it can kind of suck for many.
One of the most satiating foods to help fill you up and provide an abundance of important nutrients is the humble baked potato, I personally have potatoes three to four times a week with meals and manage to stay in good shape.
That’s it for carbs in general, tomorrow I’ll publish my article on sugar and answer the question or whether or not it is addictive, and if it makes people fat.
(spoiler alert, its not addictive and doesn’t make people fat)
Read part two of this article here
This content will only be shown when viewing the full post. Click on this text to edit it.
Share this post: