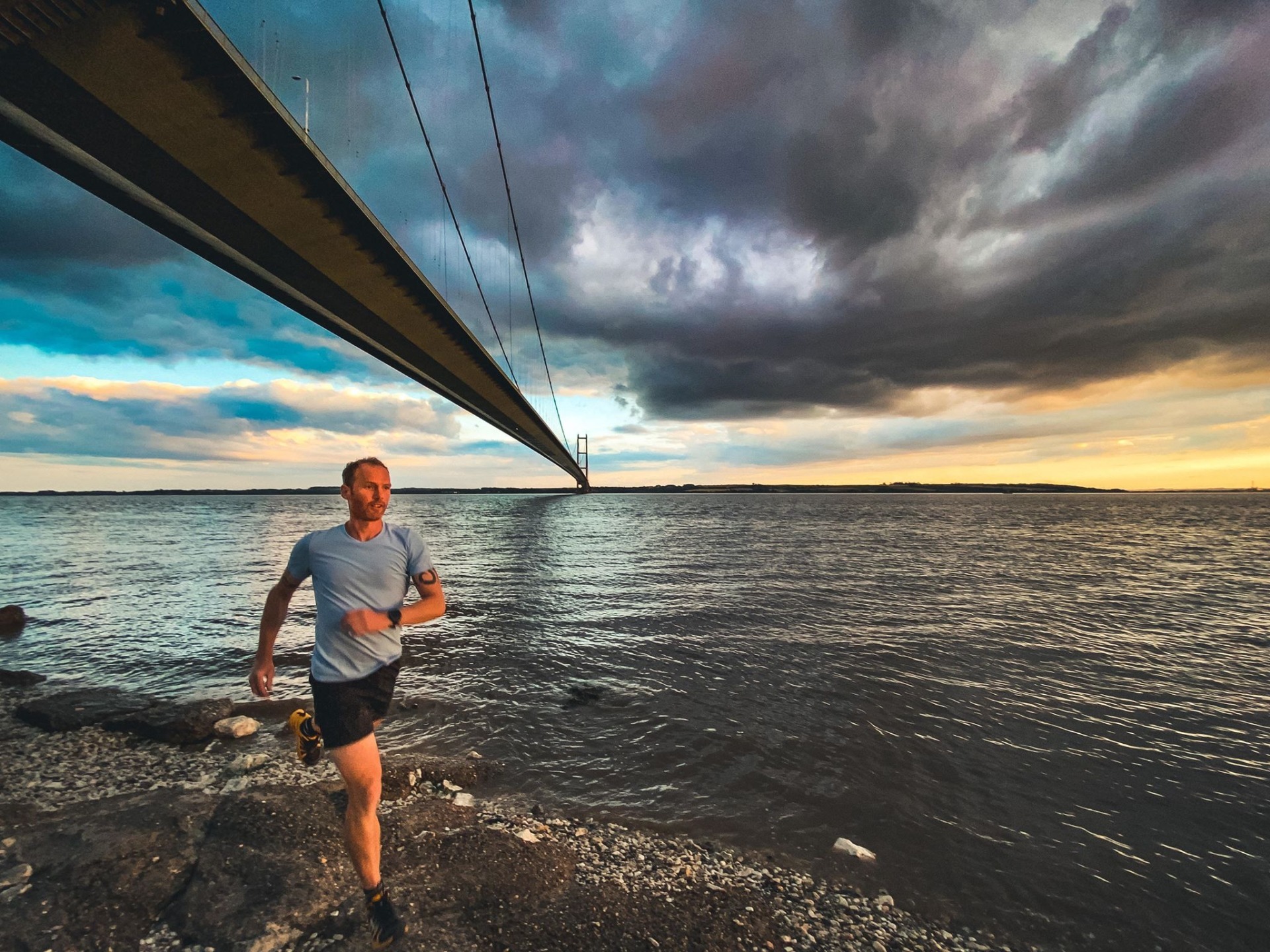 Posted on 16th November 2021 at 20:50
This content will be shown in the summary on the main blog page. Click on this text to edit it.
Two Years ago, I stumbled into the Filey Sea Cadets centre at two in the morning and every square inch of my physical awareness was exhausted, painful, wet, cold and at the same time ecstatic.
I had completed the 81 Mile challenge of the Wolds way, battling heavy rain, wind, soaked and slippy terrain, navigational errors and tummy pains which often reduced me to a slow bumbling wreck of a human being overtaken by arthritic octogenarian hedgehogs.
Having enjoyed that experience so much, I have since ran three more Ultra events, each one slightly longer than the other, and now I’m back to take on the Wolds way again.
The conditions look better this time, my training has been good, I’ve lost weight (with the help of my PT, Nutritionist friend Andrew Shevlin) and I’m hoping to beat my previous attempt.
I nabbed my place allocation from Paul Spence, so it’s only fair that I help raise money for his amazing charity, I wanted to know more about the work he does so he kindly came by my studio and we recorded this short chat together..
If you can spare seventeen minutes then please check it out, Paul is without a doubt one of the most inspirational people I’ve ever met and his backstory is truly moving, as is the amazing work his charity now carries out each day for people who have suffered brain injury.
I'd also urge you to check out his website and Pauls story in much more depth than this video could give.
As usual I’ll also be raising money for Humber Rescue, an organization I’m honoured to volunteer for, and whilst I don’t personally do nearly enough for them, it’s life affirming to know that there are people willing to respond any time, day or night, every single day of the year, to help those who are in trouble on the water.
This year alone they have responded to 89 incidents, assisting the police, coastguard and often being the first on the scene to help save lives.
As an independent lifeboat station (the busiest in the country) we are staffed entirely by volunteers, meaning that all donations go towards our equipment, keeping the lights on at the Boathouse and helping us to carry out essential lifesaving rescues.
To Donate, Please click here
How will I fare this time? And what can I learn from my previous attempt.
Last time
Total time 17:37, average pace 13 min miles.
Position: 9th Overall, 8th in Men’s category.
Distance: 130.34km/ 81 Miles
Total calories burned: 9332
Total steps: 147,000
Estimated fluid loss:10.460 Litres
Avg hrt rate: 141bpm
Max hrt rate: 189bpm
Ascent: 9048 ft
Descent: 9107 f
Whilst conditions are looking good for the weekend, I have suffered a last-minute injury to my back which I’m trying to work off, other than that I don’t foresee any reason why I shouldn’t improve upon my last attempt.
It may be that I don’t rank as high this time, I’ve looked at the starting line up and there are some truly incredibly runners taking part, including former winners of the Hardmoors 160, 200 and racers who have been around the globe in the trail running careers knocking up incredible milage and experience along the way. It’s going to be an honour to run with these people and for as long as I can keep up to hopefully learn something.
I’m also leaner, hopefully a little wiser, and should avoid setting of like a maniac and getting ahead of the pack for 30 miles (like last time) only to then be gradually overtaken as running engine packed in.
I’ll also make sure my headtorch is working properly, and hopefully will avoid the same navigational mistakes! But who knows, when your tired, and its dark, and your by yourself in the countryside, things can go wrong. My best strategy is to expect the worst, from which point things can only get better.
Later on this week I’ll be sending out a tracker link, so if you’d like to occasionally follow me during Saturdays run you can click and follow me as I struggle, stumble and painfully make my way across the Wolds way route.
To donate, please click here. Many thanks for your support
Share this post: