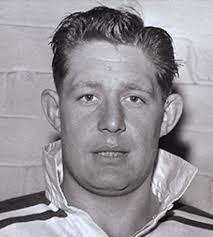 In Memory of a Health and Fitness Rugby League Legend, Johnny Whiteley MBE

Posted on 14th February 2022 at 17:20
Johnny Whiteley is the kind of person every city needs, he has inspired generations throughout his whole life, first through his sporting achievements, and then later through his prolific community work and in particular his fitness coaching with young people.
Tributes around the internet pay homage to his Rugby Career, what inspired me when I met him was his tenacity for Health & Wellbeing, he embodied this concept as a lifestyle, and it contagiously spread to those who met him.
Many people who leave a career in professional Sports, look forward to easing of with exercise and enjoying a good rest on their laurels. But Johnny continued to spend the rest of his life embracing fitness and challenging himself.
I first met Johnny when I worked at Hull Kingston Rovers, and then later I would often see him running around Hessle Foreshore at 6am whilst I was running Bootcamp sessions, he would have been in his early eighties then. He completely embodied health and wellbeing as a way of life.
About ten years ago I asked Johnny if he would be so kind as to come to my gym for an interview to share some of his wisdom, to my delight he duly obliged and I spent the next few hours picking his brains about living life to its fullest.
I hope that in watching this video you too may gleam some insight into living a long and full life.
Rest in Peace Johnny
30th November 1930 to 14th February 2022
Tagged as: Exercise Hull, Personal Trainer, Personal Trainer Hull
Share this post: