Hardwolds 80 II, Revenge of the Wolds

Posted on 25th November 2021 at 11:28
A heavy blanket of pain, regret and lethargy smothered me as I attempted to roll out of bed on Saturday the 20th November.
I’d been awake most of the night, deciding if I should pull out or not, this all seemed like a bad idea, and the only sensible thing surely was to just abandon it and have another go when things were better.
Standing up hurt, bending over hurt, walking hurt. Not more than twenty seconds seemed to go by without sharp shooting pains running up my spine and a high-pitched yelp escaping my mouth as I fought hard to suppress it and prepare for what lay ahead.
Running 80 miles did not seem like a good idea. But then it’s me isn’t it, with my long history of following through with bad ideas, so given that some people had already sponsored me, I decided it was best just to give this a go and see how I got on, I posted on social media to let people know in advance that there was a strong possibility I might pull out, but if that happened, I would be back at some point to attempt this race again.
And so at the start line, I did all I could to loosen off, and when race organizer Jon Steele released the hounds of Hell I gingerly set off and figured I would just see how the day went.
For the first three miles I was actually in first place, not as a result of my athletic prowess, but by the fortune of living close the course, and having recced the start the morning before with my dog. So, I knew just as we got onto Hessle Foreshore I had to turn right through the road works to get on route, but unfortunately a dozen other runners ahead of me didn’t know that, and so continued along a path where the only option a hundred metres further down was to either swim around the Humber Bridge or turn back around.
A few miles into the route took me straight past my Personal Training Studio, set in a lovely part of Hull with the Foreshore just a mile to the front and lots of woodland just a mile at the back. I'm fortunate to have this playground to explore between clients.
For the first ten miles I just took my time, I was so apprehensive about pulling out, not only would I find it embarrassing, which is just foolish really, but I didn’t want to let people down who had sponsored me, but in direct conflict of that interest I didn’t want to cause myself any permanent damage by carrying on long after the point where I should have stopped.
The tension held me back for the first few hours, running didn’t seem to aggravate it, but every now and then I would trip over and experience sharp twinges of pain. At the second check point, I asked Adam if he could take my shoes and socks off for me and shake out the loose rocks, I had run twenty miles by this point, but was unable to bend over and tie my laces.
But then after I’d completed a marathon distance I began to relax, I figured that if I eventually did have to pull out, there was no shame in that, I had a legitimate excuse, and seeing as I couldn’t actually push myself hard to finish as fast as I could, I might as well just enjoy the day and really experience the beauty of the wonderful countryside I was lucky to be running in that day.
This mindset change felt like dropping an anvil from my backpack which I hadn’t realised was there, I never usually just enjoy the run, and yet it’s probably the most important principle of Ultra running, remember to enjoy it.
The weather was great, conditions considerably better than the last time I ran this and so why not just take my time and get through this thing at my own leisurely pace.
So it was I felt a little more chatty and sociable, and began enjoying the race and talking to other people, at one point I met Eddie, who told me he’d read my blog, which along with my Mum means it must have at least two readers, I was flattered! This was his second ultra-run, and he was absolutely nailing it, great to see so much positive energy and I wished him luck as he sped away, eventually finishing in third place, what a legend!
Later on, whilst double checking a gate to make sure I wasn’t about to make a big navigation error I met Matt, who turned out to be another local Hull lad, we got chatting and spent the next forty miles or so discussing various aspects of running, witty and engaging aspects of academic thinking, with a focus on Wittgenstein and the artistic and political settings of the renaissance. 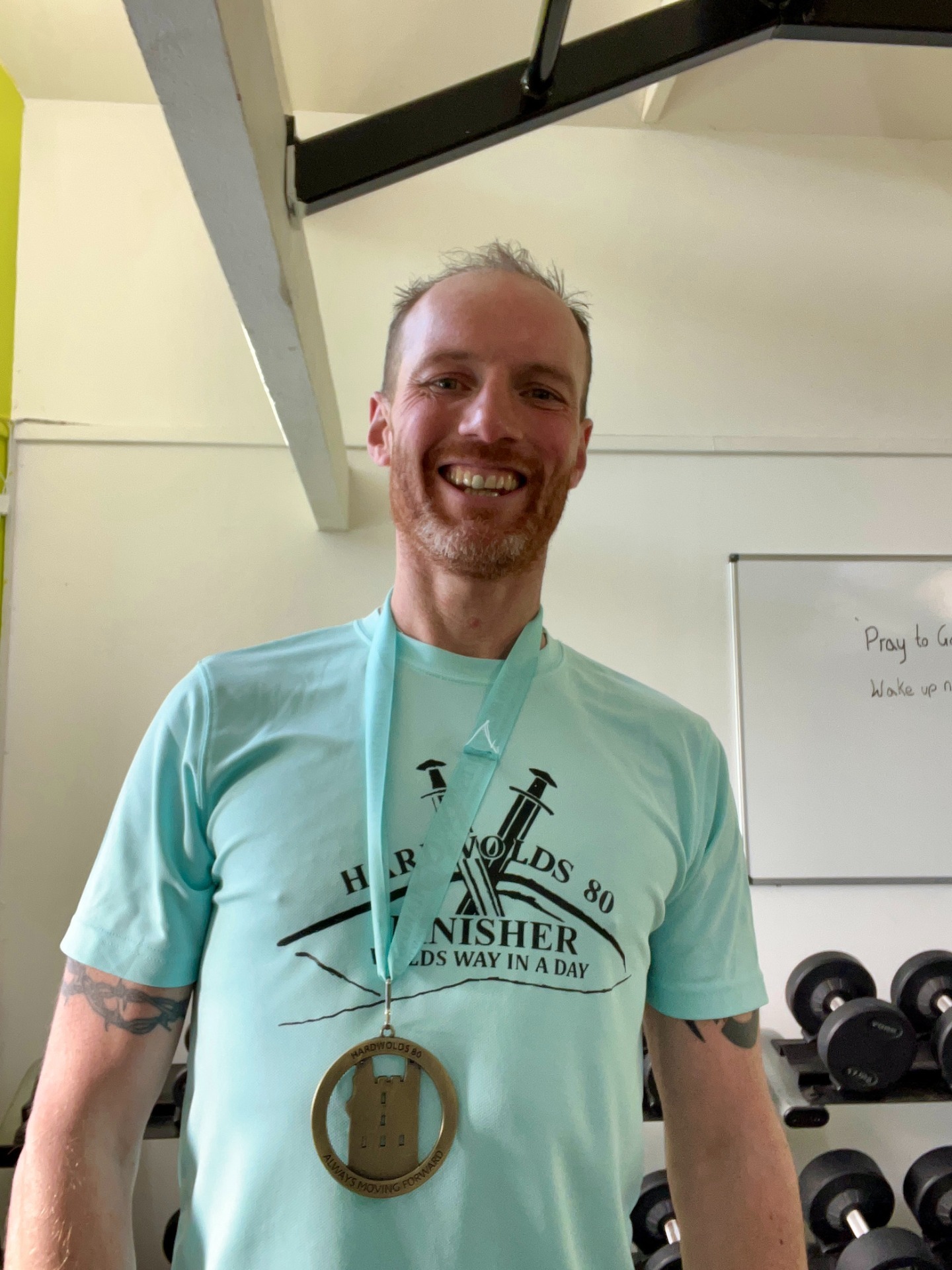