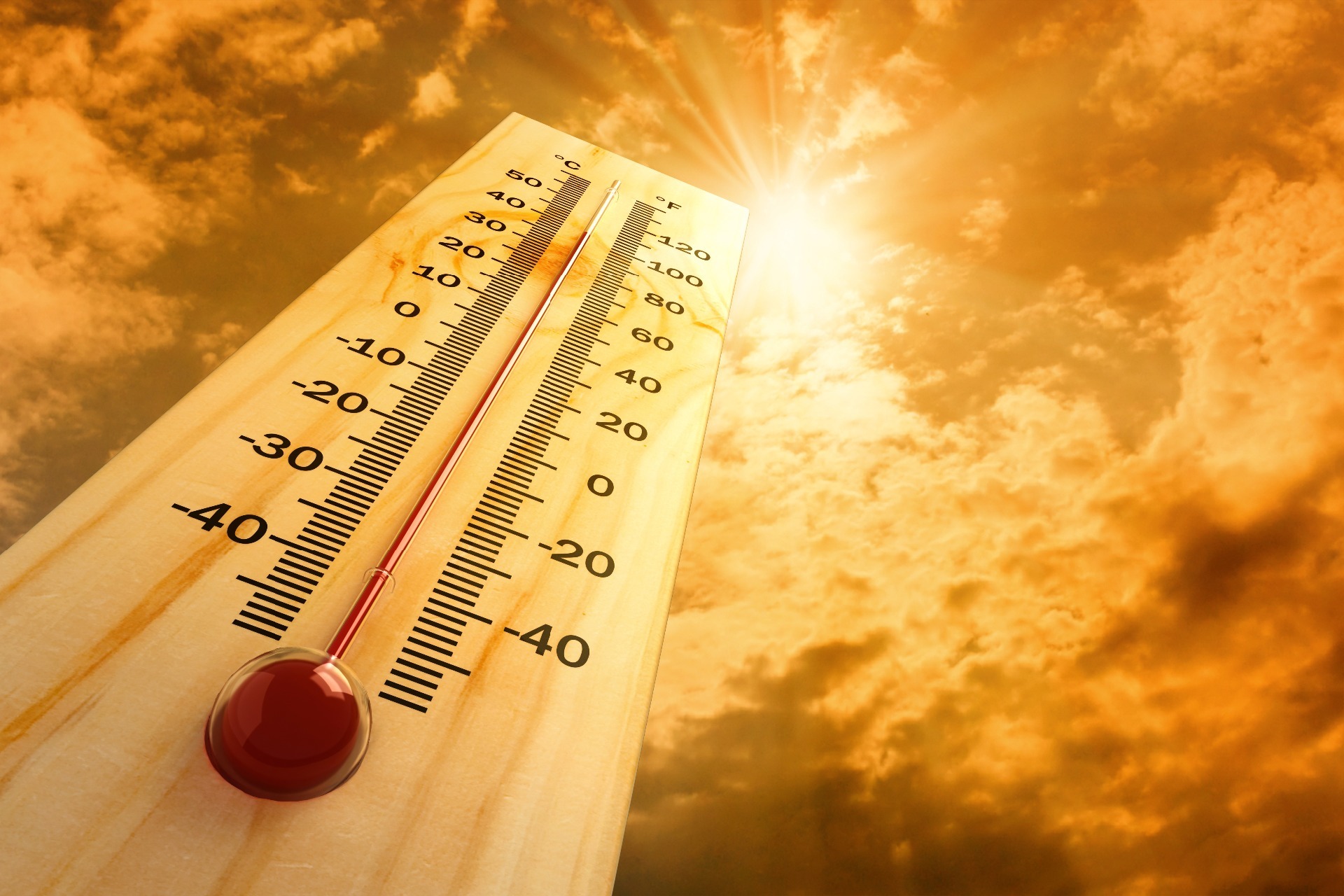 Posted on 15th September 2020 at 16:58
Novice training errors on a hot day, from someone who should know better!
As I drove home a couple of weeks ago I felt a wave of nausea travel upwards from my lower core. I tried to resist, but eventually I had to grab a sick bag from the back seat (usually reserved for my youngest son) and get it to my mouth just in time as my abs violently contracted and my stomach launched its contents out of my mouth.
This happened three more times on the way home, when I finally arrived back, my wife took a horrified look at me and it was clear that I looked as bad as I felt. She said that training for this run was stupid and I shouldn’t do it. She had a good point.
That day started of easy, alarm went off at five for an early start, I did some stretches, walked the dog, drank a coffee and ate some jam on toast, cereal and about ½ litre of water. At this point I was in a bit of a rush so I jumped in the car and set of to Flixton Wolds where I’d be meeting the other two. I got there for 7am, ten minutes later Paul and Matt rocked up in an A team van and we drove to Thixendale village for the start of a twenty-six mile run along a section of the Wolds way. A very hilly section. On the hottest day of the year.
Paul and Matt are both taking part in the Hardmoors 80 which I ran last year, so this was a useful jog out for them both, I had only seen this route at night time whilst knackered so was looking forward to taking in the scenic landscape. The first fifteen miles or so went fine, lots of hills, one particularly steep climb, and plenty of stunning countryside to gaze upon whilst we navigated our way round. 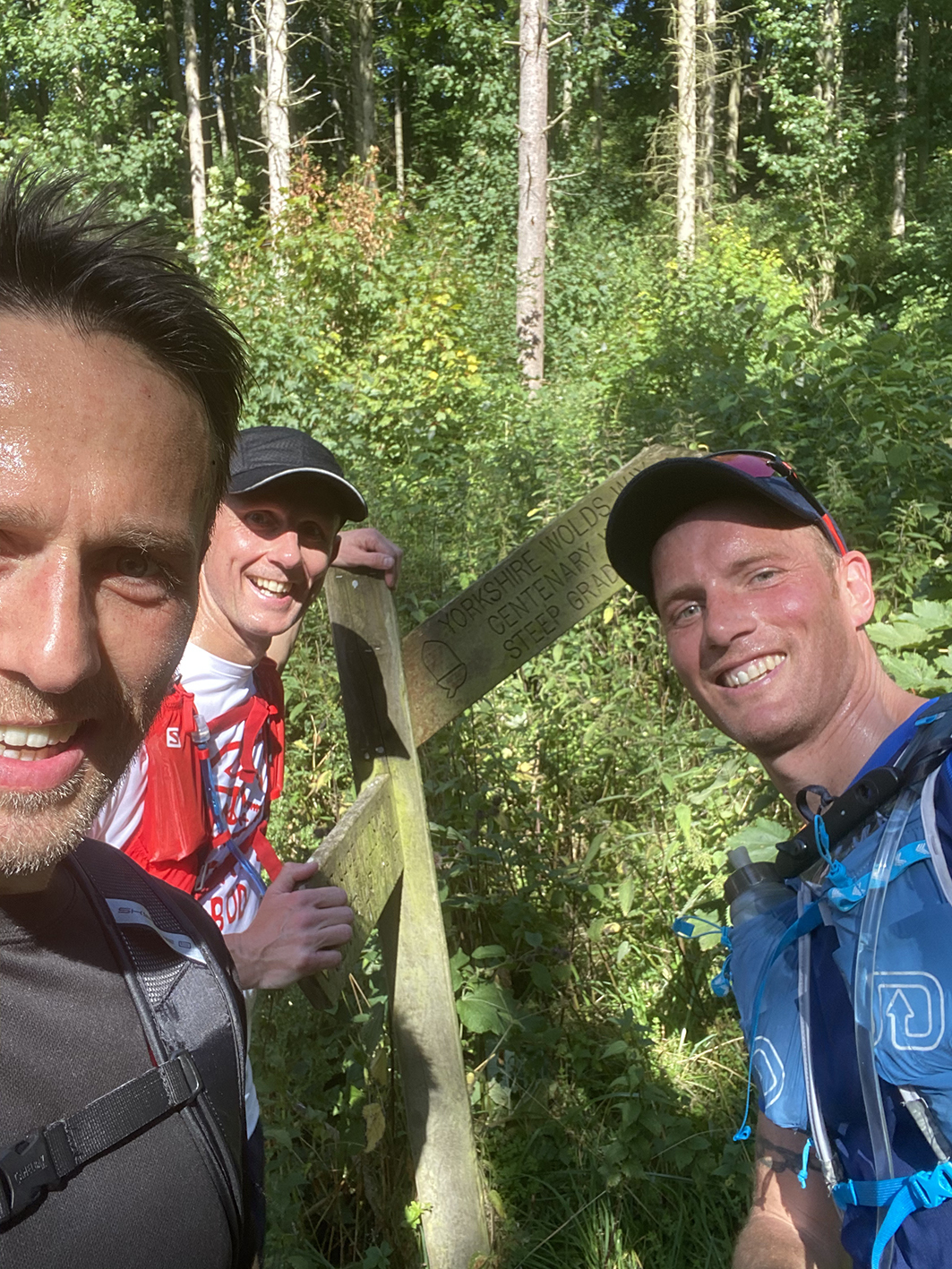 As the day wore on, the sun became hotter, and started to take its toll. The temperature around that area rose to about 34, which for some people probably isn’t that hot, in many countries this might even be considered a cool day, but in England this year we’ve mostly been used to temps in the late teens or lower twenties these last few weeks, and the sudden change in temp was a bit of a shock compared to the conditions I usually ran in.
In order to stay cool in hot weather, your body has to pump blood to the skin in order to help with circulation and evaporation, this means there is less blood going to the muscles, which means the muscles have to work much harder than usual to do their job. As a result, we were all running at a slower pace than normal, not a big issue, we weren’t out to break any records, the real problem came with my personal hydration and nutrition tactics.
The point of me doing this run was to prepare for the Hardmoors 110 just a few days from now. I’ll be running from Filey on the North Yorkshire coast all the way long the tip of the cost and then turning inland and heading across country towards Helmsley along roaming hills. This last section will most likely be done at night-time and early morning hours (if I get my timing right). I’ll have thirty six hours to complete all one hundred and ten miles of this route, to help improve my chances of success I’ve been training quite hard these last few months, the Marathon across the Wolds was an opportunity to experiment with different nutrition and hydration strategies. I’m glad I had the opportunity to do this, because I spectacularly messed it up.
For a start, I should have drank more in the morning, I had intended to, but being in a rush I only downed ½ a litre instead of the full litre and a half I intended to drink. Then whilst running I had taken the decision to only carry one and a half litres, something I should really have known better than, because I’m fully aware that in these kind of conditions I lose about two litres an hour.
My reasons for not carrying much water came from an old 2006 paper I’ve been reading by Prof Tim Noakes. For those not familiar with Noakes he’s kind of a genius, and kind of a dick. Much of his work is brilliant, his early work on the Central Governor theory is brilliant, if you want to understand the concepts of how you adapt and improve with exercise or any activity which is on the boundary of your comfort zone then you should look this up. He has unfortunately fell in with the keto crowed in recent years, throwing himself full zealously at the low carb dogma as the end all to all disease and the only way to live optimally.
His work on hydration is interesting however, it goes against the grain of many in the field and there are a few experts I have a lot of respect for who told me that this piece of work was worth looking into.
The essential crux of his argument is that many athletes are over hydrated, sports drink manufacturers have doctored studies to give appearances of improvements in performance through buying their products and maintain optimum hydration. He points out anecdotally that existing tribal populations don’t carry water on their thirty plus mile hunts as it will just slow them down, and that athletes who finish marathons in medal places are often experiencing dehydration without any impact on overall time.
So these are all seemingly sound arguments, there are other studies showing that when participants had no cognitive bias input (e.g they had no idea their hydration status was being studied) they managed to perform well with up to 3% levels of dehydration.
All this is very well, carrying extra water means more weight, and even just a little extra weight can impact on speed, some studies by Lieberman found that when just a little bit of extra weight was inserted into a shoe it slowed mile times significantly.
All of this is a long roundabout way of me saying that I probably didn’t drink as much as I should have done first thing, and I probably didn’t carry enough water with me. 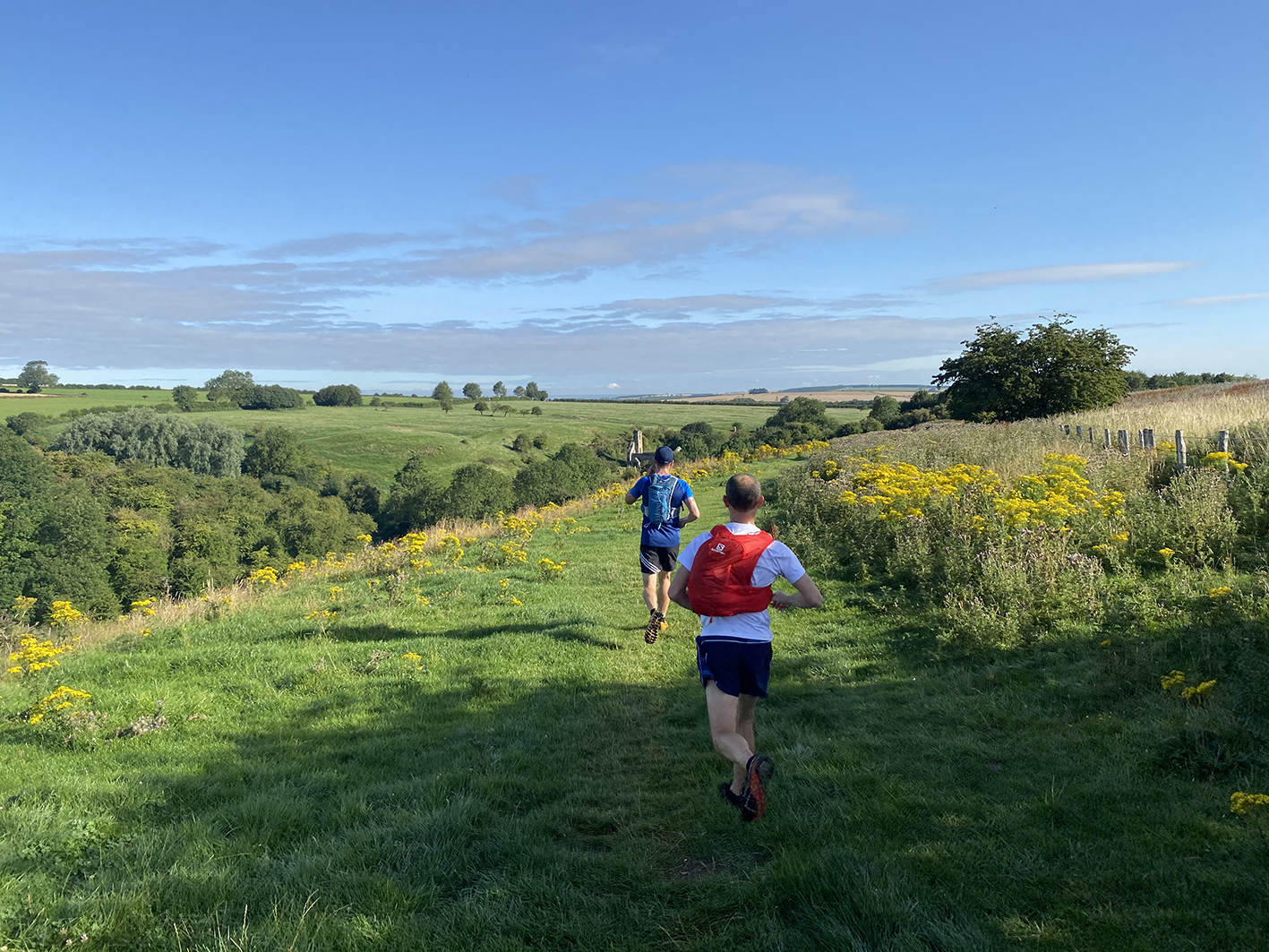